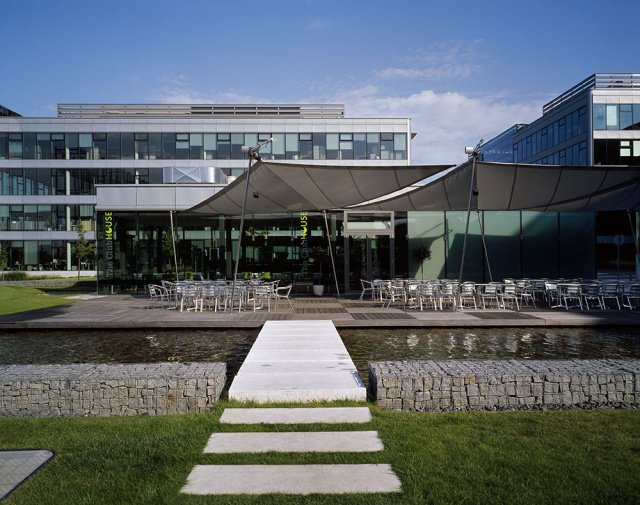 Business Technology Park (BTP) Praha is an exceptional complex of twelve buildings that is interesting for its architectural design as well as massive use of element facades done by Sipral, a.s. During realization Sipral had to cope with various problems, the investor’s and architect‘s concepts and so on. Nevertheless all of these resulted in a project with the highest number of element facades used in the Czech republic with an individual style of their authors. 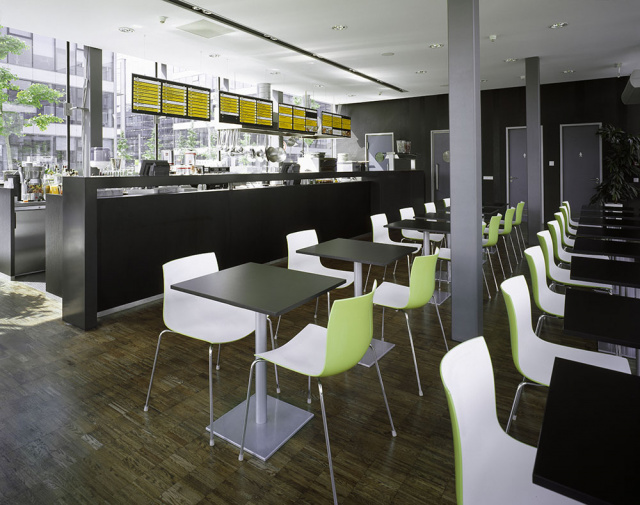 So far there are more than 60 000 m2 of constructions used in BTP project. The largest portion – 45 000 m2, is made by element facades. Their basic structural element is a module of 1,5 × 3,9 m glazed with insulating glass with StoprayElite on the external side. Individual modules were assembled in our workshop and installed on site with a mobile crane. On the first buildings of the whole project there were 50m2 of facade installed daily. Thanks to assembly of facade elements directly in our workshop, adaptation of technological procedures, logistics and elimination of need to erect scaffolding we were able to achieve 25 to 40 modules a day, i.e. 150 to 250 m2 of a finished facade. With such installation speed it took us 4 to 6 weeks on average to enclose skeleton of each building. Fabrication of modules outside site and check in a workshop increased quality of delivered construction substantially and eliminated defects on delivered modules. Apart from element facades we also used in the BTP project a combination of stick facade with a set-off steel construction with horizontally orientated glass lamellas. 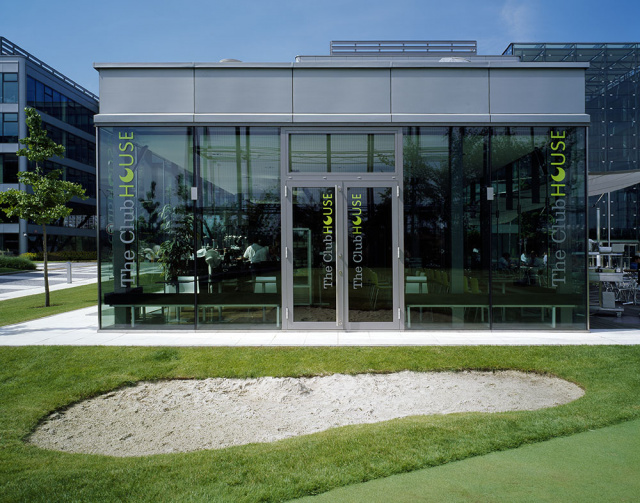 So called „datum walls“, creating a set-off protection of facades on the buildings directly adjacent to the D1 highway are one of the most striking elements. These are 3,5 m away from the element facade itself and the space in between is planted with a special lush Australian wine. 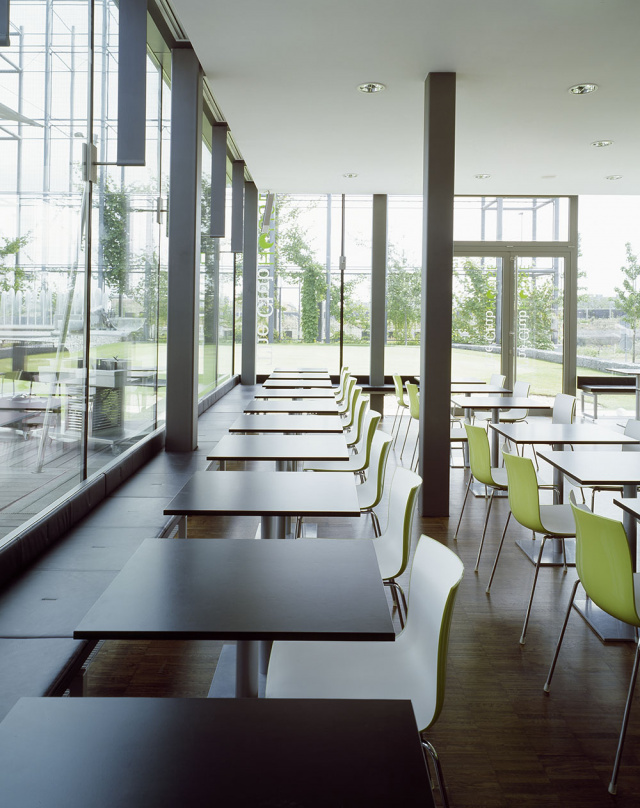 Bearing steel construction of Datum walls is enveloped by glass units of 3 × 1,3 m. Glass units are held with stainless disks that are anchored to the bearing construction through special steel anchors. There were used 10 mm thick Diamond hardened glass units. Roofing of the space behind the Datum wall is made as a combination of transparent and non-transparent area. The whole space is ventilated through a system of flaps controlled with electric motors interconnected with a system of electronic regulation. There was a special emphasis placed on exactness of installation. A beautiful design treat is night illumination of the Datum walls.

Glazed roofs form an integral part of BTP complex. They are mostly formed with 18 mm thick safety laminated glass, external glass is always hardened and other layers are either clear or with a print. According to its position the glazing is solved as thermally non-insulated, in some parts there are insulating double-glass units used. The whole roof construction is made of steel. Bearing steel constructions of roofs were first settled onto their positions with help of scaffolding and mechanization. Thanks to adjustment of installation method – the assembly of roof construction was done on the ground and installed in its final position as a whole with a crane – the works were accelerated.

All glazed roof constructions can be easily maintained with ROSTEK access system that was applied along the whole width of glazing so it is possible to clean the whole area thanks to electric motors and aluminum rails.