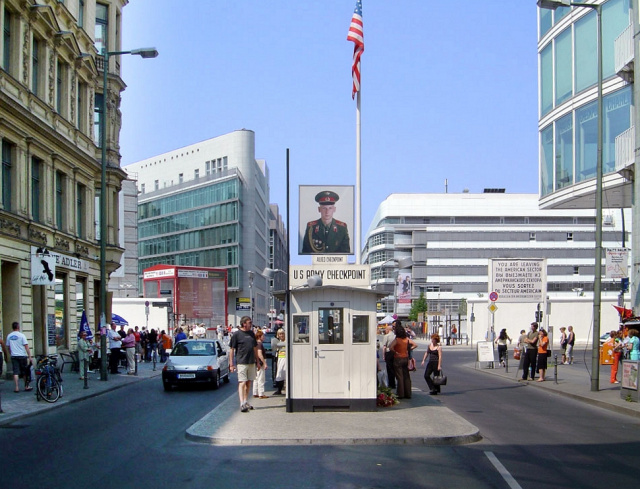 On the place of former mutual demonstration of force between the East and the West where tanks of competing powers were facing one another in 1961 as a reaction to East-German border controls of western diplomats while trespassing borders to the Eastern Berlin there was a new building erected. It is a multi-functional building with retails, offices and a hotel which stands very close to the already destroyed Berlin Wall, on a place where the only border crossing for diplomats and foreigners between so called Western and Eastern Germany used to be.

This was the very first Sipral´s project abroad for a foreign client. We made inner windows between offices and a covered atrium on the 1st floor and a glazed wall of a gallery along the second atrium at the level of the 2nd floor.

The glazed wall is made of individual frames that were transported to site already assembled and with glass panes from the workshop. In fact this one was the first element facade manufactured and assembled by Sipral.