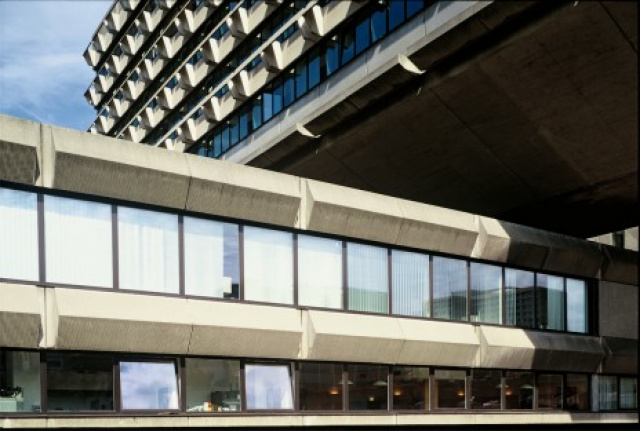 Koospol, a former administrative building of foreign trade enterprise built in Evropská st., Vokovice, Prague 6, was built in 1975–1977 according to design of architects Franc, Nováček and Fencl. For its time the building represented an interesting structural and design feat. In 2008 – 2011 the investor started with total reconstruction and modernization of the original one-purpose building and changed it to a flexible multi-purpose administrative centre. Adaptations of the building known today as Cube involved the main entrance and adjoining spaces, new envelope made of Porotherm ceramic shaped pieces. Sipral helped with reconstruction of basement and ground-floor to administrative and catering operation with delivery of window structures. Sipral´s work also included disassembly of the existing glazing, its liquidation and fabrication and installation of new window structures made of Schüco Royal S 65 with a thermal brake. Windows are embedded in a construction opening of the existing bearing structure made of reinforced concrete. Some windows are designed as element structures. Each element has one opening and one tilt-opening flap glazed with clear insulating double-glass. Our work includes also facade warming-up and termination of exterior sheets with sills. Works taking place since January were commenced on the ground-floor so that the dismounted part of glazing was immediately fitted with new structures. In such way individual floors were exposed to climatic influence to the minimum degree.