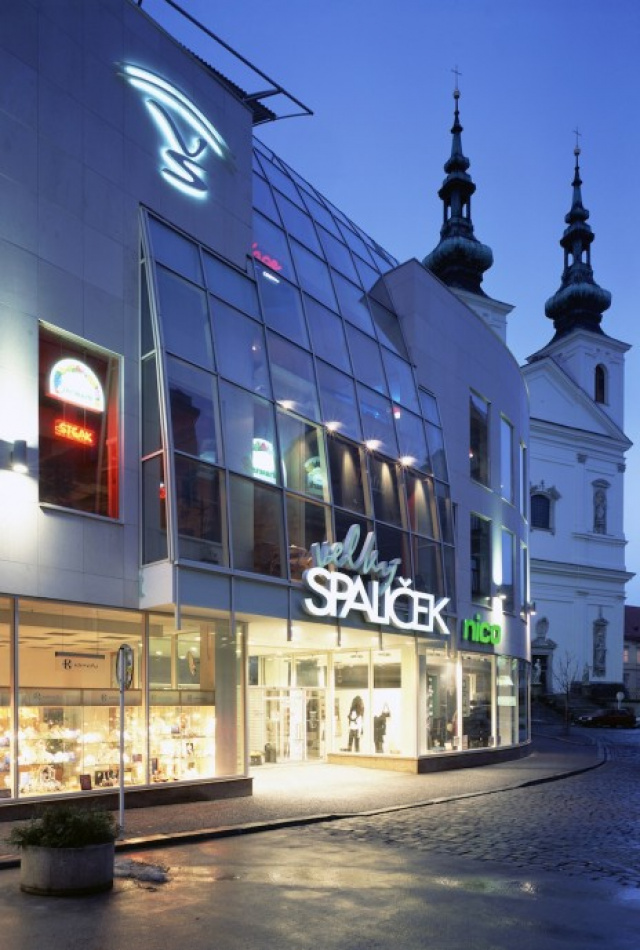 A place where Velký Špalíček, a shopping mall is located was originally a part of medieval town houses in Brno. In 1944 this part was bombed-out and houses pulled down. A new development started in 1996 to 1998. The new shopping mall building in the old town close to the Dominican square excited many disputes during its realization.

There are two dominant glazed structures on the facade. Above the main entrance into the passage there is an arched facade turning to the roof of the commercial units. Above the parking entrance there is a facade broken in two angles passing from vertical to sloped glazing. Above this facade there is a small roof garden.

All street shop windows and the main entrance with three two-leaved doors wall also were parts of our delivery.