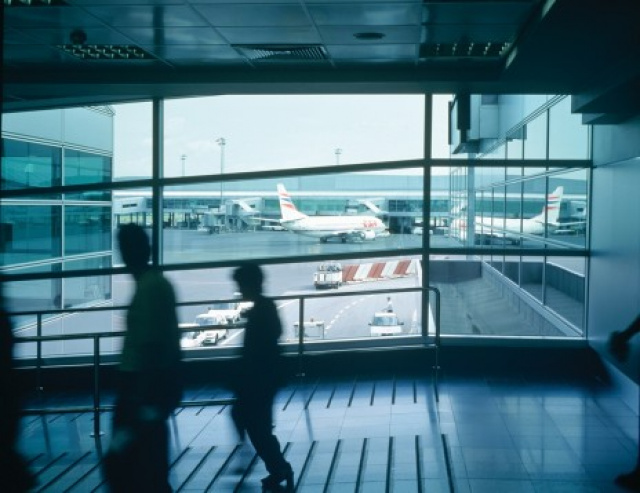 In 2001 Sipral was consulted by Nikodem and partner office and requested to provide a complete facade envelope of a Pier B added to the already reconstructed Praha Ruzyně Airport. During reconstruction of the original airport the architect chose Rinaldi system for the facade which was developed especially for this project. The principal condition during choice of a supplier for the Pier B was to use the same materials and systems as were those used during the airport reconstruction and construction of the Pier A. 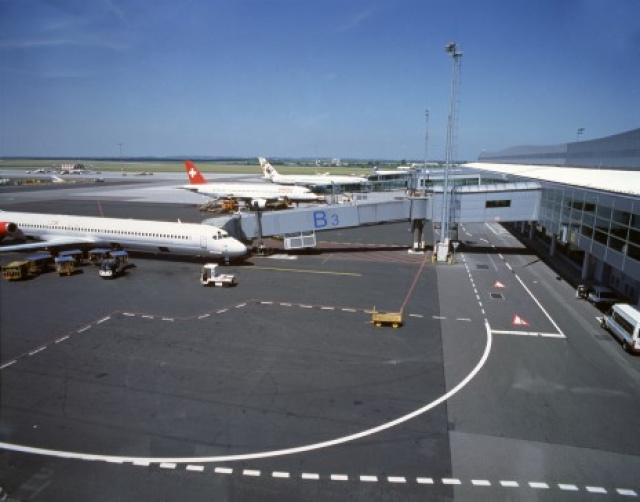 Completion of the Pier B was made during full operation of the airport without disturbing it. The facade envelope was completed within the period of June to November 2001. 80% of the project consists of element facades used also for the envelope of concrete skeleton of the Pier B and steel structure of boarding bridges. The remaining 20% consist of facade structures covering technological elements on the roof of the Pier B and screens made of Hunter Douglas lamellas.

Considering the complexity of the site supply within the area of fully operating airport it was decided that elements would be assembled on the 1st ground of the Pier B building. There were steel tubs filled with machined system aluminum profiles supplied to the site and the assemblage of elements took place within the building itself.

There were empty frame structures installed on the building skeleton and then glass and non-transparent panels were installed into them. After the frames structures of facade elements had been installed and leveled the water-proofing level of gutters were put in place. The water-proofing level was drawn up to the top profiles of module frame structures. Along the whole roof perimeter there were metal cassettes installed on a steel structure, their edge forming an undulating curve. There is a gutter for drainage of rainwater along the Pier B perimeter with an over-fall in case there are heavy rains. If the gutters are not able to drain rainwater anymore it falls over outer edges of elements and flows down the element facade. Execution of water-proofing levels had to be 100% perfect at all levels and connections. With regards to a large range of works executed within short time and to quality of execution of such a big amount of tight connections we consider this the most complicated technological step.

Installation of fixed and glazed panels of frame structures was just a routine including installation of strips and external sealing level of gaskets. The transparent panels were installed with an auto-crane with a vacuum manipulator hung on a hook. After installation of the Pier B facade envelope and five boarding bridges we fixed the opening elements. These were door structures with panic function fitting in front parts of the bridges and frame door structures with a motor drive, readers and other safety elements specific for airport buildings. Design quality and visual aspect of completion of Pier B can be assessed by each and any of millions of visitors from all over the world that use Praha Ruzyně Airport, now re-named as Vaclav Havel Airport.