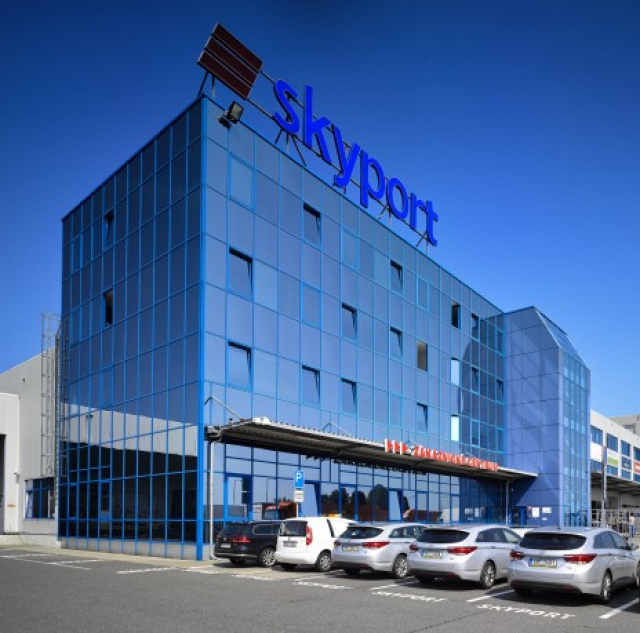 The Cargo ČSA terminal at Václav Havel airport serves for air cargo and handles transported goods between air and automobile transport. It was put into operation on the 12th January 2004 and at that time it was one of the most modern cargo terminals in Europe. 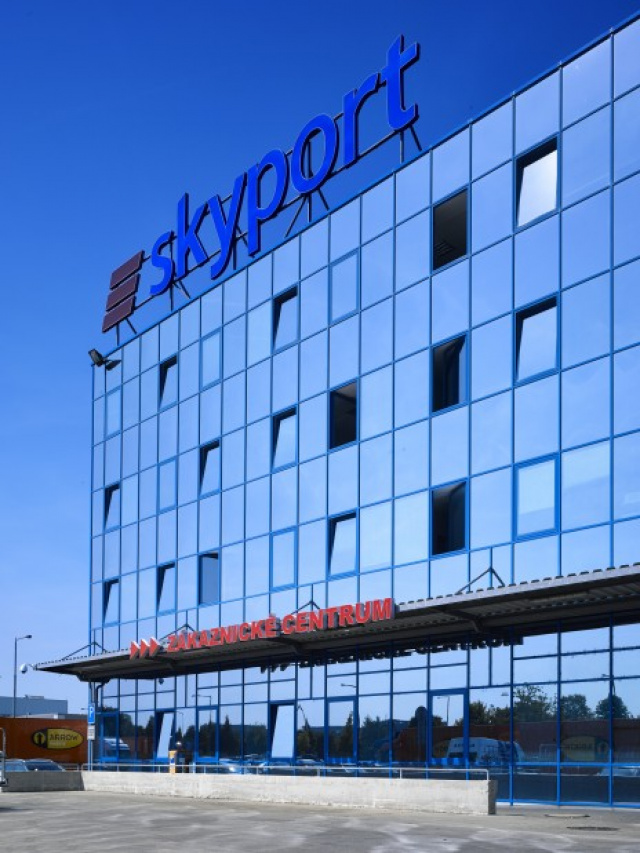 The whole building is composed of two parts:  administrative and large storage premises.  Sipral’s supply included realization of external facade envelope. The administrative part is composed of a stick system facade made of Schuco system with a striking color zoning made in a modern shade. Identical architectonic design is used also in the case of front parts of all three staircase towers. A smooth cladding made of composite boards covers the following sides of towers. Two rows of ribbon windows lighten the front facade of operational and storage part. Use of sandwich panels with polyurethane core in a contrasting light color made facade work progress the most effective. All entrance doors of Schuco system partially equipped with panic fittings formed an integral part of our supply.