Leopold Bareš has been running a business on the Czech market and abroad for more than 28 years. His companies and other activities have grown successfully over the years that he decided to establish a holding company named LBSH a.s. “Thanks to the new ownership structure, I will be able to manage current needs of my business in a more effective way,” explains Bareš on his reasons for creating the holding foundation. “At the same time, I want to support growth of all my business activities in the future as well,” he adds.

Change of a corporate structure

In connection with the LBSH Holding a.s. company establishment, as of 6 May 2019, 100% of the shares in SIPRAL a.s. have been transferred from Leopold Bareš to his new LBSH a.s. company. Originally, Leopold Bareš was a 100% shareholder as a natural person. Before the foundation of the holding company, aside from SIPRAL a.s. and SIPRAL UK Ltd., he also owned Jirny Development Company a.s. and J Development, a.s. These companies were also transferred to the new LBSH a.s., as it is graphically represented bellow. 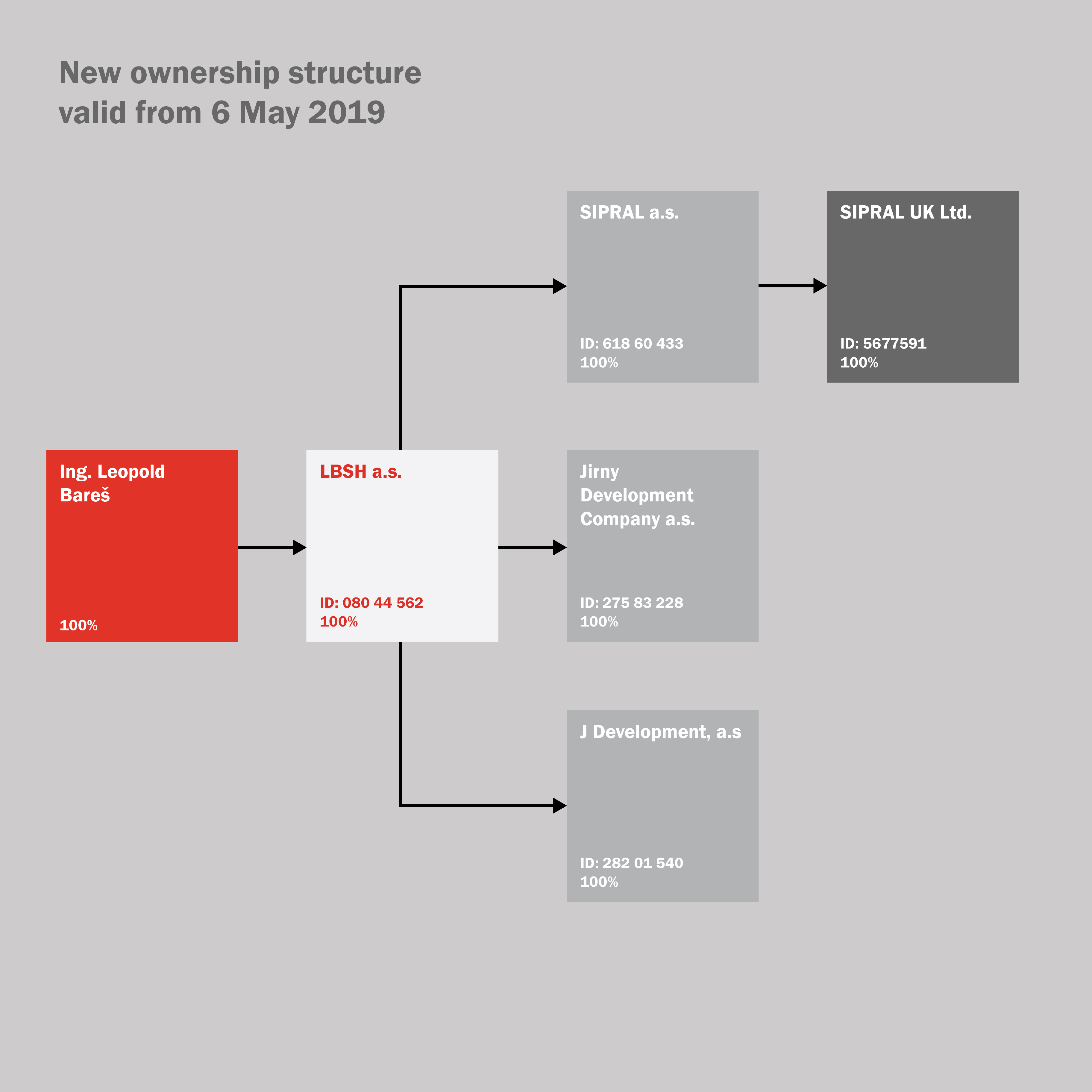