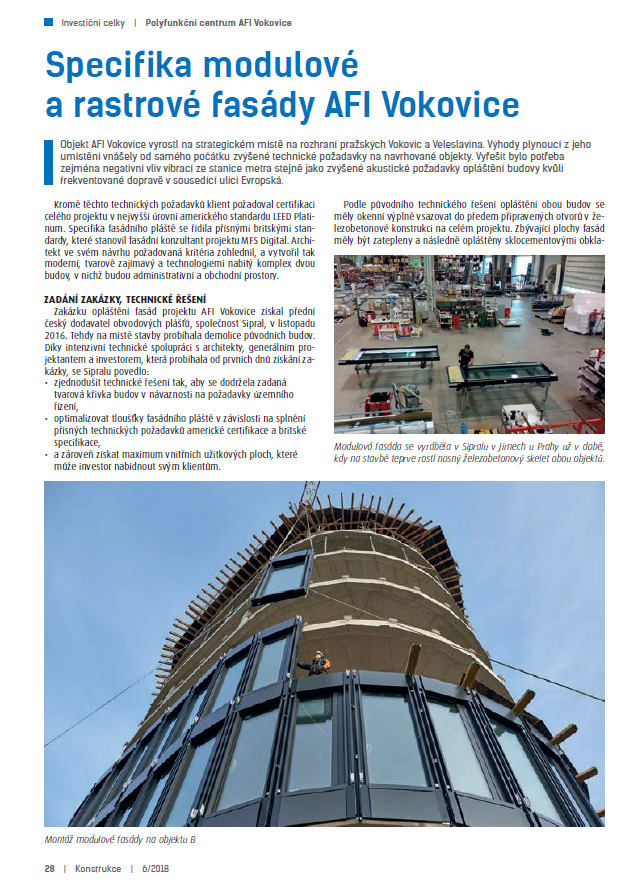 November 30, 2018 – The AFI Vokovice office complex was built on a strategic location on the border of Prague’s Vokovice and Veleslavín districts. From the very beginning, the benefits arising from its location placed increased technical demands on both of the proposed buildings.

Read more about what technical requirements, including certification of the project at the highest levels of LEED Platinum, we had to resolve in the six- and eight-storey buildings in the Konstrukce magazine article “Design Specifics of the Modular Grid Façades at AFI Vokovice”, written by project manager Ing. arch. Josef Kautský. 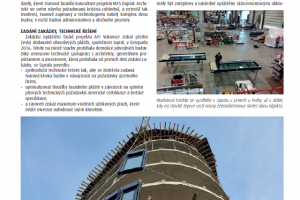