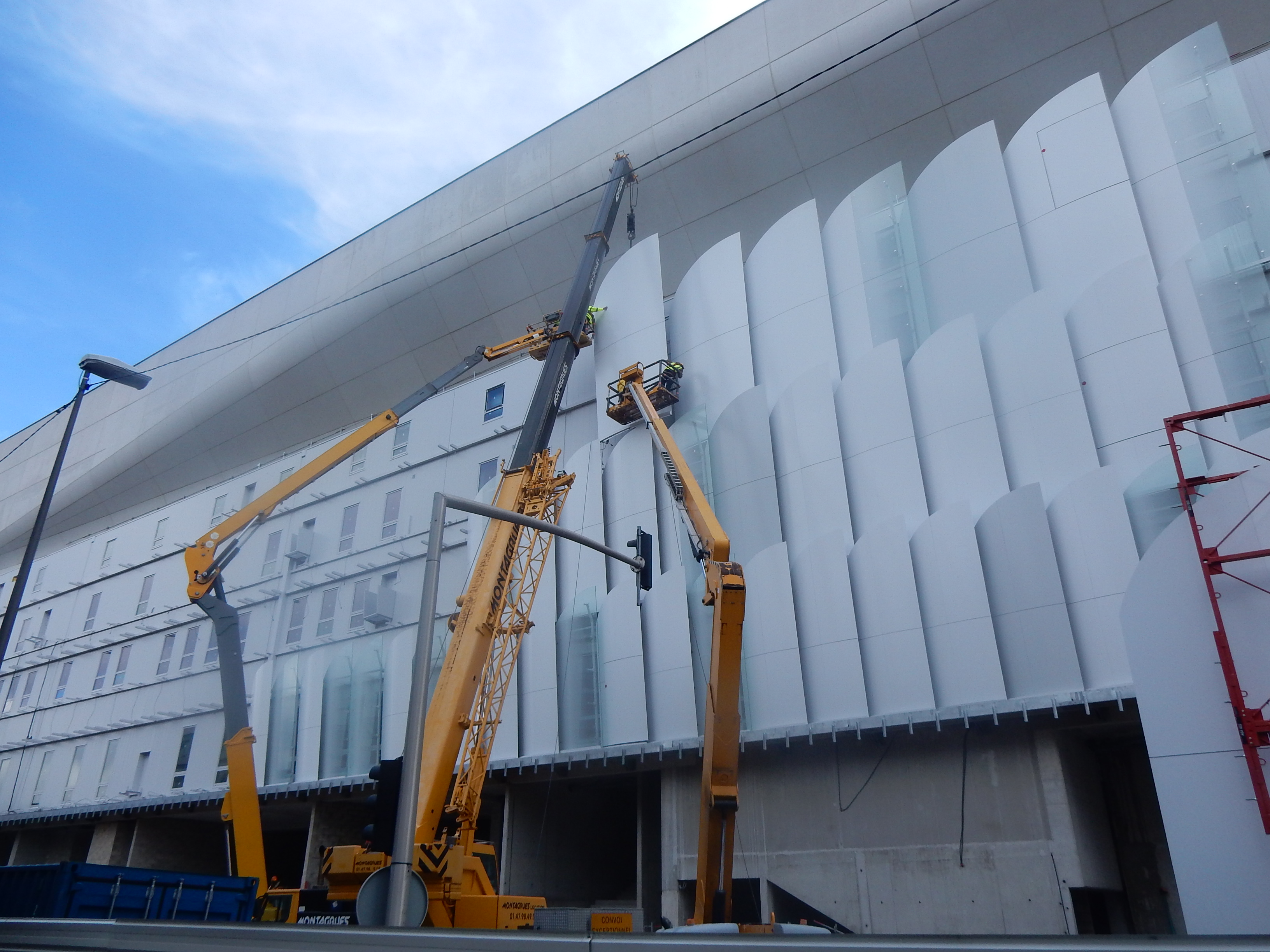 On the western facade of Arena 92, boulevard des Bouvets, Nanterre, there are the first of 600 scales installed. The building with an impressive silhouette highlighted with a white roof edge is situated westwards from Grande Arche on La Défense.

Works were commenced in February 2014 and shall be finished before the start of 2017. The rough structure is being gradually equipped with steps in the auditorium, rounded roof and a facade. On the western side there are future offices of Hauts-de-Seine department counsel constructed on the area of 30000 m² for 160M€. Arena 92 is a result of the original idea of Jacky Lorenzetti, the Racing 92 rugby team´s owner. He finances most of this project worth 350M€ with his own sources. Thanks to adjustable scenic elements cultural events or sport events may take place in this multi-functional building like concerts for 40000 people, rugby matches for 32000 seated spectators. The building is also suitable for small-scale events since there is a hall of 500 seats for company parties and the like.

Apart from rounded curves of the roof Arena is characterized by two very important features: the roof itself - Racing 92 rugby club got the permission to play on a covered area – and a giant screen of 2200 m², nearly as big as the one on Times Square (2300 m²) which is the biggest digital screen in the world.

The text is taken over from the French original – link to the article in Le Parisien is HERE. 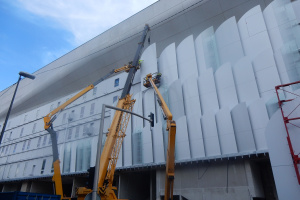 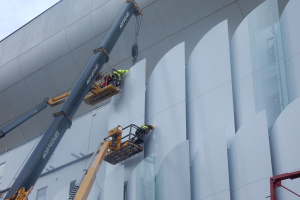