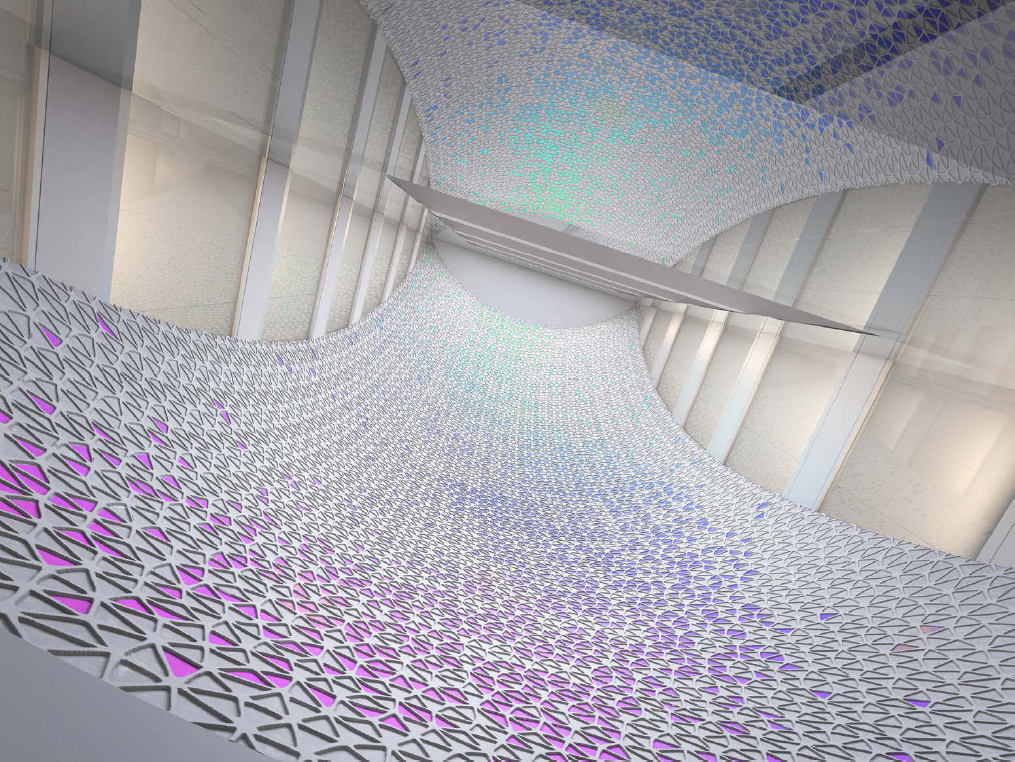 On 20th January 2016 Printemps reconstructed premises were inaugurated on the Parisian  Boulevard Haussmann. A large decorative wall drawn over seven floors separates a commercial part from new escalators forms a part of them.

The very first design was inspired by the original aspect of roof stained glass and its basic flower pattern. The whole structure is composed of dozens of inter-connected although individually dismountable panels made of two basic layers installed on an aluminium bearing structure.

The grille execution took incredibly short time of less than four month. In this period it was necessary to coordinate works of various suppliers during operation of the remaining parts of the department store. Thanks to professional approach of all participating parties this exceptional work was supplied in time despite difficult work conditions. 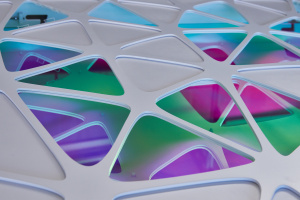